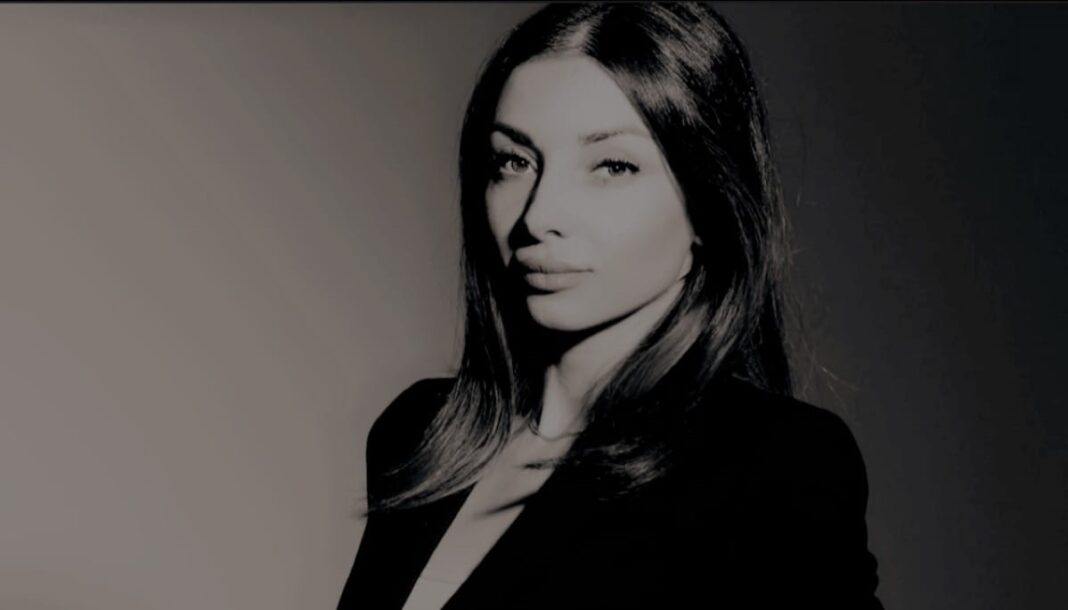 TINA SARDARI, #Bygg-Tina, IS THE WOMAN WHO MAKES MANY NON-SERIOUS BUILDERS SLEEPING POOR. SHE HAS DECIDED TO CLEAN UP IN THE CONSTRUCTION INDUSTRY. ALTHOUGH IT STIRTS BOTH DUST AND EMOTIONS.

An investigation would certainly suggest that if the Swedish people were allowed to choose between pulling out the wisdom teeth without anesthesia and hiring craftsmen again, almost everyone would choose the former without hesitation. So there is a lot to put your teeth into if you, like Tina Sardari, have decided that enough is enough.

And that the construction industry must be cleaned up. For the sake of the customers. But also to survive in the long run. Big words, it may seem, especially when they come from a small woman in comparison with all the big men in the construction business.

But do not underestimate Tina, it would be one fatal mistake, believe us. Anyone who has had the privilege of sitting down and taking part in her plans and argumentation realizes that if someone possesses the power and the skills required to bring about radical change, well, then it’s actually the woman sitting opposite us in high heels.

High heels, yes of course. But do not sit on any high horses for it sake.

– I’m not a construction company CEO who just sits inside a nice office, shielded from reality and do not have to meet the customer face to face. No, I spend most of my time out in the field, standing on cold and draughty construction sites and making sure everything goes right. Takes care of continuous dialogue with our customers and suppliers. And it is thanks to my presence on the construction site that I have seen with my own eyes all the shortcomings and deficiencies.

– I am well aware that I now through my choice to stand on the barricades and propaganda for change will surely arouse evil blood in many who had wanted to be able to continue their shady business. But I’m not afraid to take the leaf from my mouth, not worried even though I realize I will be hated. That people will question why I want to hang out in an industry that is already heavily employed due to its bad reputation.

– It quickly became clear to me that the industry has an extremely bad reputation. Something I unfortunately can not say is undeserved. Caused because that there are far too many rogue actors who destroy for those who actually take care of themselves. What happens all the time is that companies deceive customers in various ways, partly of course for money, but also by claiming that the construction must be completed by a certain date. In many cases not by huge delays, but also many choose to disappear from the construction site, not for the day but for good. You simply disappear, make yourself inaccessible.

Tina believes that the problems are due to the fact that many only have the pursuit of money as a driving force. This makes them take on assignments that they know from the beginning will be significantly more expensive than what they offer the customer. Everything to get the job done. Many also take on too many assignments at the same time, in order to maximize cash flow. As a result, every single customer suffers, it is far too common for customers to be left with renovations that never end. Because the workers shine with their absence as conspicuously as a naked building lamp. Offensive and undoubtedly that which causes the greatest harm and suffering; to curb the deliberate cheating and deceptive behavior. But she also wants to get rid of other inappropriate behavior that is most closely put in place.

– Of course, you can not tar everyone with the same brush, but I meet daily employees in my industry who show shortcomings when it comes to respecting customers’ private property, they clamber in and use the customer’s toilet, without cleaning up after themselves. They litter, do not have well-groomed clothing, and lack in personal hygiene and also behave generally rude, yes, not to say uncivilized. At Renovate, we want the customer experience not to differ from the one you get when, for example, you go into a regular store or to the hairdresser. Here at Renovate, we put the customer in focus. We do not run over the customer in the capacity of professional craftsmen, but we actually give the customer a voice.

According to Tina, Renovate is exceptionally responsive when it comes to what the customer wants and some of the foundations in the company’s code of conduct are transparency and responsiveness.

– We are always extremely clear about what everything costs and how long this takes tar. If the customer wants to come up with new changes as the journey progresses we always report the extent to which these deviations from the original plan will affect the schedule and budget. Of course, we always provide a guarantee on all work performed. Unlike many others, says Tina.