One of the worlds most valuable properties 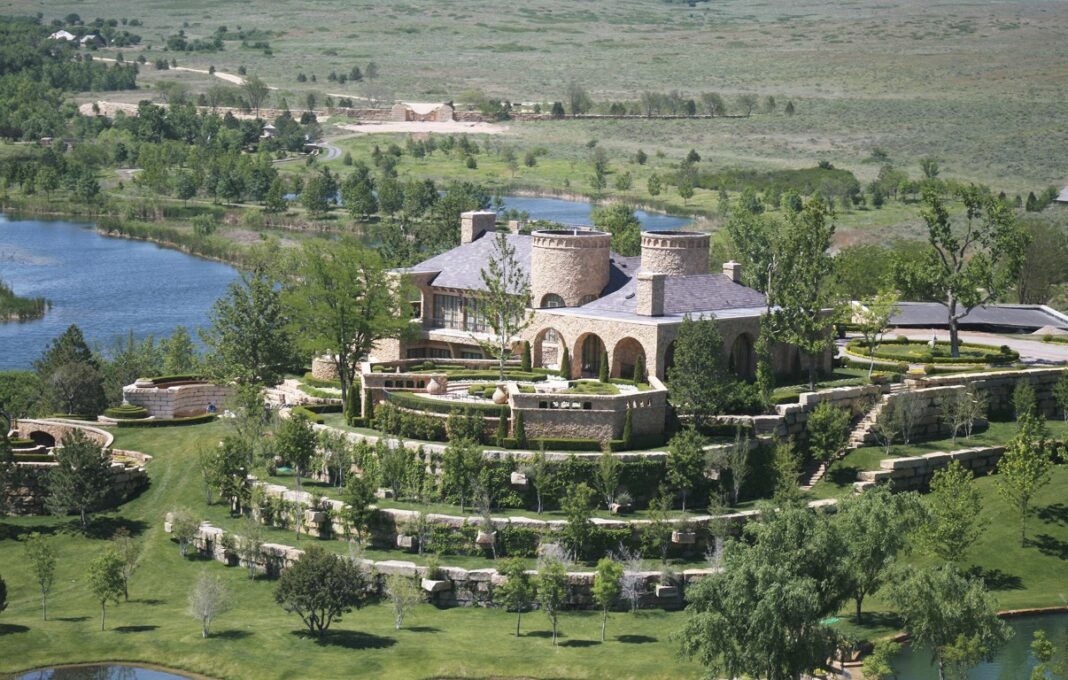 T. Boone Pickens amassed his fortune via a concept he figured out as a paperboy. He expanded his paper route from 28 customers to 158 customers by buying out other delivery boys’ routes. It was the same proven theory he used to grow his oil and natural gas business that in time brought him a net worth of $950 million by the time of his death in 2019 at the age of 91. In 2017 when he began selling off his assets, he put his much-loved Mesa Vista Ranch up for sale at $250 million. The 64,672-acre ranch is back on the market with a large price reduction to $170 million.

Pickens spent years making his Texas ranch into one of the world’s most valuable properties. The oilman and pioneering corporate raider began working on his Mesa Vista Ranch in 1971 adding a 6,000-square-foot family home, 12,000-square-foot lake house, 33,000-square-foot lodge, a chapel, pub, airplane runway and hangar, golf course, tennis courts and even the Oklahoma white-frame home where he grew up. The buildings have a rustic but contemporary ambiance dressed in variations of Pickens’ favorite orange color, giving warmth to the glass, stone and wood interiors. Dog lovers will be happy to know that with a capacity for 40 dogs, the palatial stone kennel also contains a vet lab and large exercise space.

Pickens’ soft spot was that he loved nature. He made sure that wildlife had plenty of water by adding approximately 20 ponds and dredging out existing ones along with extending game watering systems into far reaches. He brought in thousands of tons of additional landscaping material to add lushness to the topography and add additional protection for wildlife. He turned the ranch not only into an exceptional human getaway but took into consideration the welfare of all living things on the land.

Structures are separated from each other, providing an unusual amount of privacy between them. Imagine having so much land that one must drive twelve miles on your own land to get from the lodge to the residence, or three miles to the private jetport. With everything on the ranch so carefully thought out, even the airport has a two-bedroom, two-bath apartment above the hangar for pilots. Everything is there; it was the ranch’s own picturesque stone chapel where T. Boone and his fifth wife were married.  At the time of his death, he had amassed a fortune of $950 million and had five children.