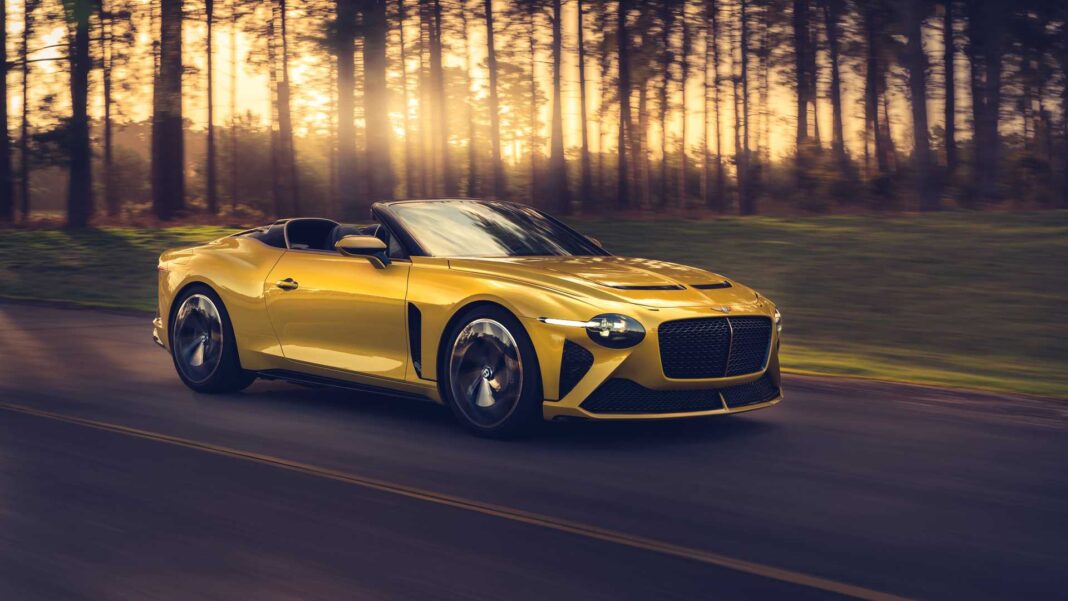 Bentley now wants your undivided attention to tell you about its latest flagship, its Limited Edition Mulliner Bacalar. As the name suggests, this is a racer developed by the company’s specialist department Mulliner.

According to Bentley, this is the company’s most rare two-door car in modern times. Only a dozen cars will be produced. Bacalar shares much of the technology and construction from the Continental GT cab, but Mulliner’s designers have done their utmost to produce a unique design. Petrol heads certainly seems to see many similarities with the concept car that Bentley developed last year.

A Bentley representative says: “Bacalar is inspired by the vehicles of the future and has a seamless transition between the exterior and the interior.” Under the hood is a 6 liter W-12. 0-100 km / h runs in 3.5 seconds.

Unfortunately, it’s too late for you to start making room in the garage for this treat. All 12 copies have already been sold despite the price of almost two million dollars.

Previous articleDolce&Gabbana Relaunching Beauty With an Eye on Gen-Z
Next articleNordic Wellness Opened Six New Clubs In One Day!