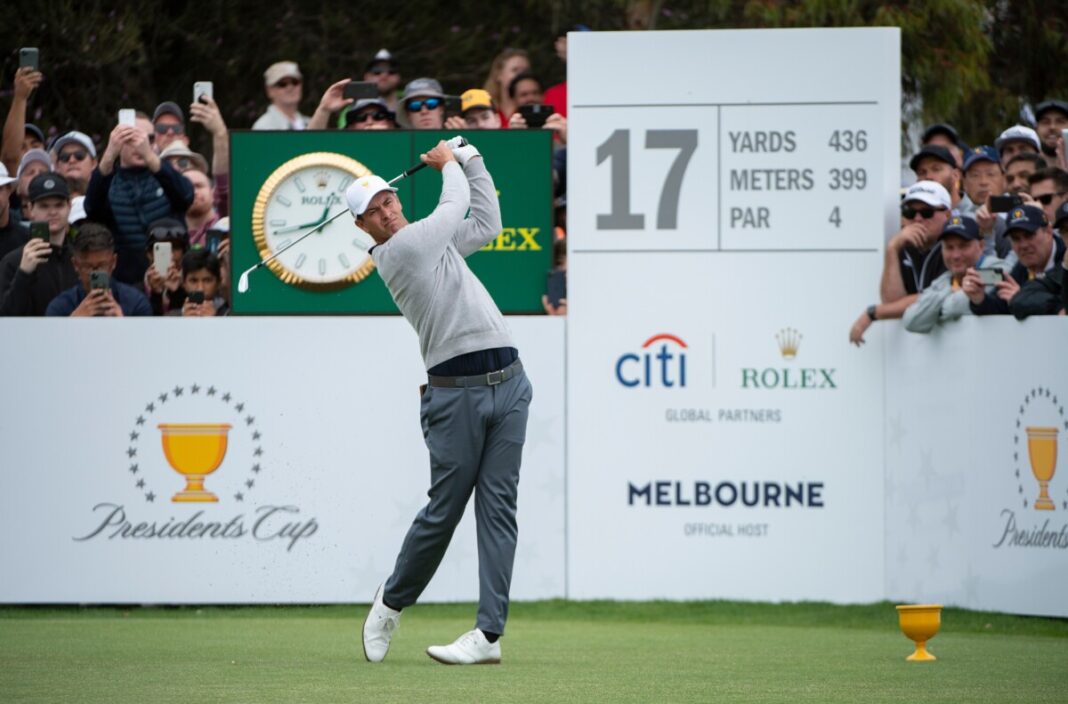 The 2022 Presidents Cup takes place for the first time at the Quail Hollow Club in Charlotte, North Carolina, USA with Rolex as official timekeeper.

The team competition is contested by the United States and an International selection comprising players from the rest of the world, excluding Europe. First held in 1994, the event has since been held biennially and alternates between venues in the U.S. and abroad.

Created and organized by the PGA TOUR, the Presidents Cup is unique. No prize money is awarded and net proceeds are distributed to charities nominated by the captains, captains’ assistants and players. Since its inception, more than US$54.4 million has been raised for good causes around the world.

Renowned for its competitive spirit and diverse field, the Presidents Cup showcases golf’s finest talent in various playing formats, culminating with a series of one-on-one singles matches on the final day. The U.S. team has won 11 of the 13 editions to date, with one victory for the International team and one draw.

Now best known as an elite ski destination, the town of Aspen has...
Gadgets

ScanWatch Horizon is the most advanced dive-style medical hybrid smartwatch, with...
Cars

Now best known as an elite ski destination, the town of Aspen has a rich and colorful history. Founded as a mining camp during the Colorado Silver Boom of the 1880s, it was reborn as a resort town in the 1950s. Gonzo journalist Hunter S. Thompson was a longtime...

The first all-terrain super sports car with V10 engine and all-wheel drive makes its debut at Miami Art Basel. Automobili Lamborghini presents the new Huracán Sterrato at Art Basel, Miami Beach: the first super sports car designed for maximum driving pleasure even away from the asphalt on loose or...