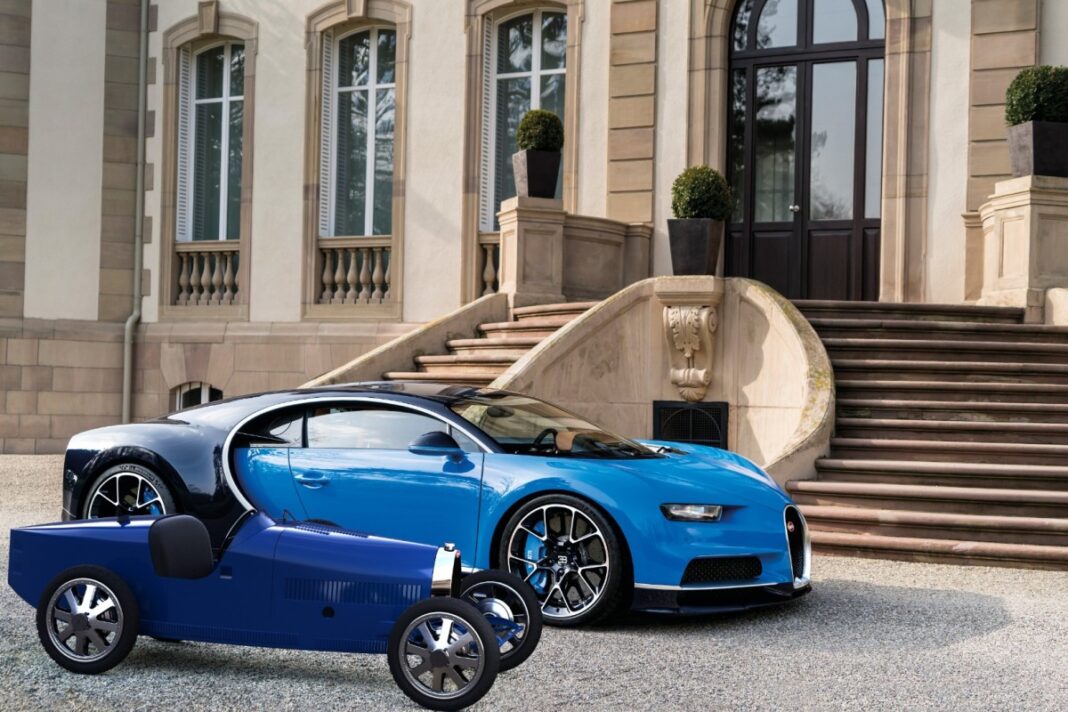 The French carmaker celebrated 110 years at the Geneva Motor Show. The event was celebrated by showing a prototype of an electric car for children named Baby II.

Recently, Bugatti announced that they have put the very sweet thing into production.

“Then why have they called this, if we are to be honest, pimped box car for Baby II?” – surely a friend of order asks himself. Let us therefore tell you that in 1925 Ettore Bugatti had a mini version of the Type 35 street model built for his youngest son. Honey, I shrunk the car, so to speak. The end result was so appreciated in Bugatti circles that it did not take long before 500 mini-Bugattis rolled out of the factory.

Bugatti Baby II is available in three different versions where you can choose engine options and materials on the body. To connect with history, the new mini-Bugattin will also be produced in 500 copies.

The price starts at around 30,000 euros. May seem to be in the juiciest team, we do not object. But if you are planning to buy a knight’s castle in Lego the next time your calf turns one and will suddenly think about how it feels to walk barefoot at home and happen to step on a worn Lego piece, you probably think it’s worth a lot to avoid doing it again. Perhaps around 30,000 Euro?